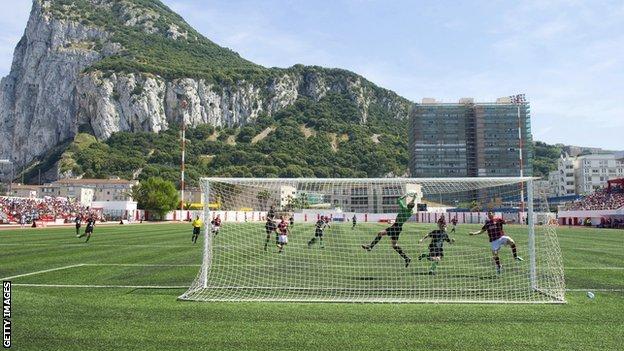 The champions of Gibraltar for the past 12 seasons were held 1-1 at home by Faroe Islands club HB Torshavn in the first qualifying round first leg.

Chipolina put the home side ahead from the penalty spot before Levi Hanssen equalised in the second half.

The winner over the two legs will play Serbian giants Partizan Belgrade.

Gibraltar is the newest and smallest member of Uefa, European football's governing body, after being accepted in May last year.

The British overseas territory beat Malta 1-0 last month in a friendly in Portugal - their first international victory as Uefa members after two draws and two defeats.