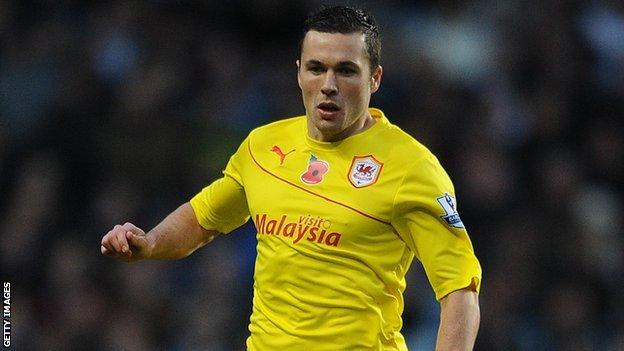 Don Cowie is to leave Cardiff City after failing to agree a new contract with the club.

The 31-year-old, joined the Bluebirds in July 2011 having become a free agent on leaving Watford.

He made over 90 appearances for Cardiff, 22 of which came in the 2013-14 season, as they were relegated from the Premier League.

Solskjaer has already signed five players ahead of the 2014-15 season as he looks to guide them to promotion from the Championship at the first attempt.

Two of those are midfielders - Kagisho Dikgacoi from Crystal Palace, and Austrian international Guido Burgstaller from Rapid Vienna.