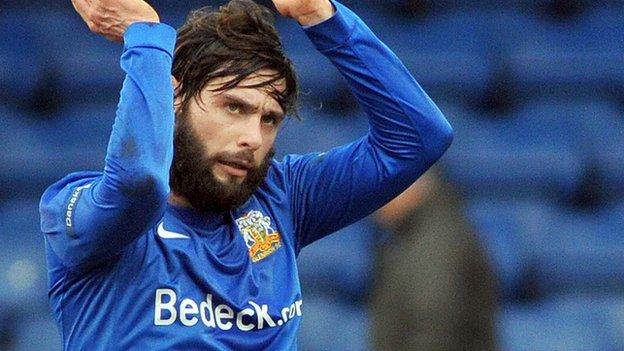 There was Europa League heartbreak for Glenavon as they conceded three late goals in their first leg away to Icelandic side Hafnarfjördur.

The Irish Cup winners were on level terms until the 82nd minute when striker Ingimundur Niels Oskarsson scored the opener.

The second leg is at Glenavon's Mourneview Park on Thursday, 10 July.

Kevin Braniff, making his competitive debut for Glenavon, went close when he forced a save from goalkeeper Oskarsson inside the first two minutes.

Eoin Bradley got a shot on target later in the first half while Kyle Neill had a chance blocked just before the break.

Kris Lindsay forced a great save from Oskarsson in the second half and from the resulting corner, Sammy McIlveen's effort was deflected wide as Glenavon pushed for a vital away goal.

However the home side made the breakthrough when Atli Björnsson found substitute Ingimundur Niels Iskarsson to give his team the lead with eight minutes remaining.

Glenavon then lost possession from a corner and Hafnarfjördur broke, with Gudnason finishing off the move on 90 minutes with the same player scoring again in stoppage time.