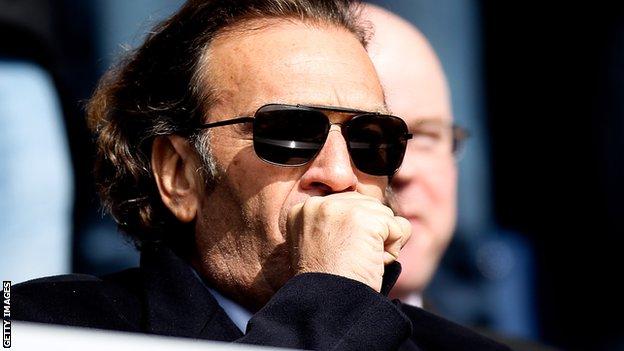 The Professional Footballers' Association is investigating claims Leeds United owner Massimo Cellino ordered his head coach not to select Paddy Kenny because of his birth date.

Reports claim the Italian has made the move because he considers the goalkeeper to be bad luck because he was born on 17 May.

Leeds and ex-QPR man Kenny have declined to comment on the allegations.

Cellino, who took over in April, dislikes the number 17.

Other players who would fall foul of Massimo Cellino's unusual policy

He had seats at former club Cagliari taken out and replaced with 16B.

He is also unhappy with Kenny's fitness and the player has not been taken on their pre-season trip to Italy.

Since Cellino's takeover they have embarked upon a cost-cutting exercise that has seen the canteen at their training ground closed down.

Players have been forced to bring packed lunches and order in sandwiches.