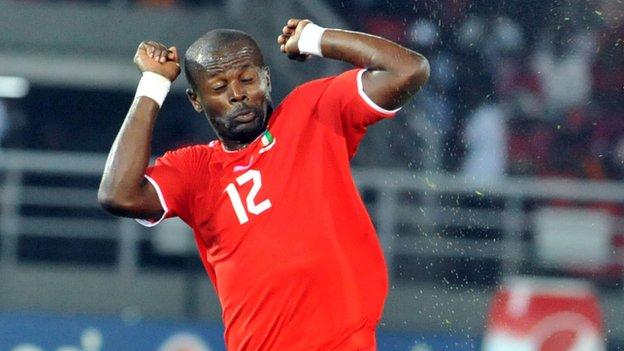 Equatorial Guinea have been disqualified from the play-offs for the 2015 Africa Cup of Nations in Morocco for fielding an ineligible player.

The organising committee of the competition ruled that Thierry Fidieu Tazemeta, who was born in Cameroon, should not have played in the first round first leg victory over Mauritania on 17 May.

It said no evidence was provided by the Equatorial Guinea Football Association or by Fifa that the player had successfully changed associations.

The Confederation of African Football stated on its website that the Equatorial FA had not complied with Fifa's statute covering qualification of a player for a representative team.

The statute prescribes a written and reasoned request must be addressed to seek the change of association.

Mauritania had raised reservations concerning the player after the match which they won 1-0. Equatorial Guinea won the second leg 3-0 to win the tie 3-1 on aggregate.

But Mauritania have now been reinstated in the competition and will face Uganda in the final play-off round.