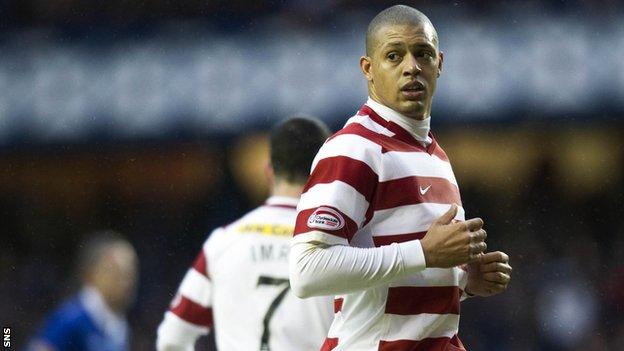 The French-born Guadeloupean international netted 13 goals last season, including four in the 10-2 win over Greenock Morton.

The 31-year-old is in his second spell at New Douglas Park.

"MAC [Antoine-Curier] did well for us last season and I'm delighted he has agreed terms to stay with us in the Premiership," manager Alex Neil said.

The news comes a day after Jason Scotland and Jesus Garcia Tena both agreed extended deals with Hamilton, who were promoted after beating Hibernian in the Premiership play-off final.

Captain Martin Canning and midfielder Jon Routledge recently penned new contracts with the Lanarkshire side, and Anthony Andreu, Louis Longridge, Michael Devlin and Ziggy Gordon have already been tied up for next season.