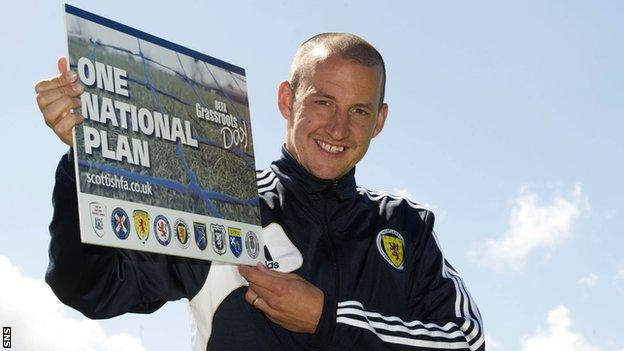 The 35-year-old Frenchman has been coaching youths at Easter Road and for the Scottish FA.

Ross is leaving to coach Hearts' Under-20s but will remain in his post for Saturday's friendly at Edinburgh City.

Mair joined the Buddies in 2009 but terminated his contract in January and ended last season with Partick Thistle.

Beuzelin was a team-mate of Sons boss Murray at Hibs, having played for the Edinburgh side for four years before leaving in 2008 for a spell at Coventry.

"Guillame will be at Ainslie Park tomorrow so that we can have a smooth handover with Jack and it'll be an opportunity for him to get to know the lads," Murray told the Championship club's website.

"He'll officially come on board in the next seven days once all the paperwork has been sorted."