Lawrence, 32, spent the second half of last season on a short-term deal at Barnsley, having signed as a free agent after leaving Greek side PAOK Salonika. 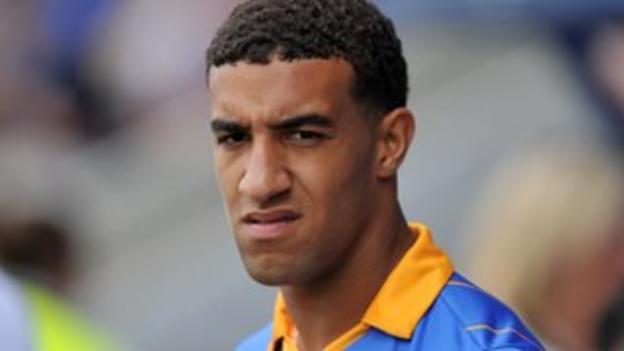 But, after being released from Oakwell following Barnsley's relegation, he has signed a two-year deal at the Meadow.

The highly-rated 21-year-old Shrewsbury youth product, who has played 66 games since making his debut in February 2011, was offered a new deal at the end of last season.

And he has taken his time to weigh up options from a number of clubs, including Premier League Swansea City.

But, after talking with his father, as well as manager Micky Mellon and last season's interim boss Mike Jackson, he has now committed his future to the Meadow.

Following the arrival of former Sunderland and Stoke City winger Lawrence, who has also played for Portsmouth and Cardiff City after starting his career at Mansfield Town, Mellon is now close to trebling the size of his squad since taking charge a month ago.

Having inherited just eight players, he then lost Jon Taylor to Peterborough United.

But he has signed winger Ashley Vincent and defenders Mickey Demetriou,Mark Ellis and Nat Knight-Percival.

He then made his first raid on his native Scotland to bring back striker James Collins from Hibernian to the club, before making the double signing of another forward, Scott Vernon from Aberdeen, and Blackpool winger James Caton.

A third striker, Jean-Louis Akpa Akpro, signed earlier this week following his release by Tranmere Rovers and Mellon has also been linked with another striker, Ricardo Fuller, who is without a club.