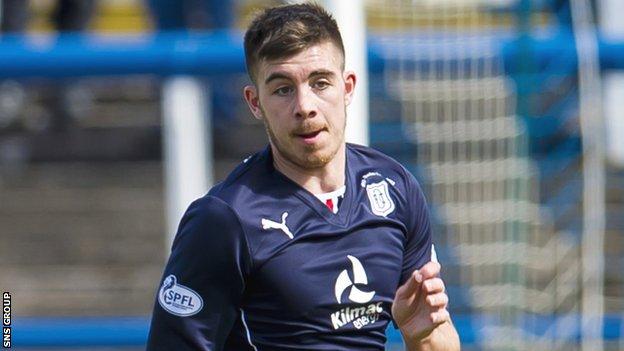 Centre-half Declan Gallagher has signed for Livingston after leaving Dundee.

Defender Brad Donaldson, formerly of Hibs, and ex-St Johnstone midfielder David Robertson are others making the move to the Energy Assets Arena.

There is also a deal for winger Michael McKenna, who arrives from Musselburgh Juniors.

"Declan played every single minute for Dundee last season as they went on to win the Championship.

"Jordan has fantastic potential. I watched him progress and I think he's still untapped, he can really kick on now. He's 6ft, 4in and he's got good feet, he's got a very good touch.

"Rob's been down at Wrexham for the last couple of years but they played him wide right but he's actually a number nine."

Former Celtic and Scotland striker Burchill, 33, will continue to play and said the club were close to adding "an attacking winger".