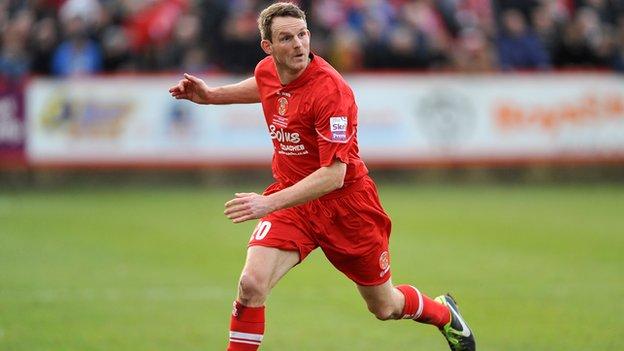 The 35-year-old midfielder replaces Alan Moogan, who has left the Bucks Head to take up a community coaching role with Liverpool.

Todd was player-coach at Mansfield Town when they won the Conference Premier in 2012, leaving to extend his playing career with Tamworth.

He made 35 appearances for the Lambs last season, when they were relegated.

Telford made their sixth signing of the summer earlier in the week by bringing in attacking midfielder Jordan Deacey from Bradford Park Avenue.

The Bucks' return to the Conference Premier kicks off on 9 August, when they are due to visit Welling United.