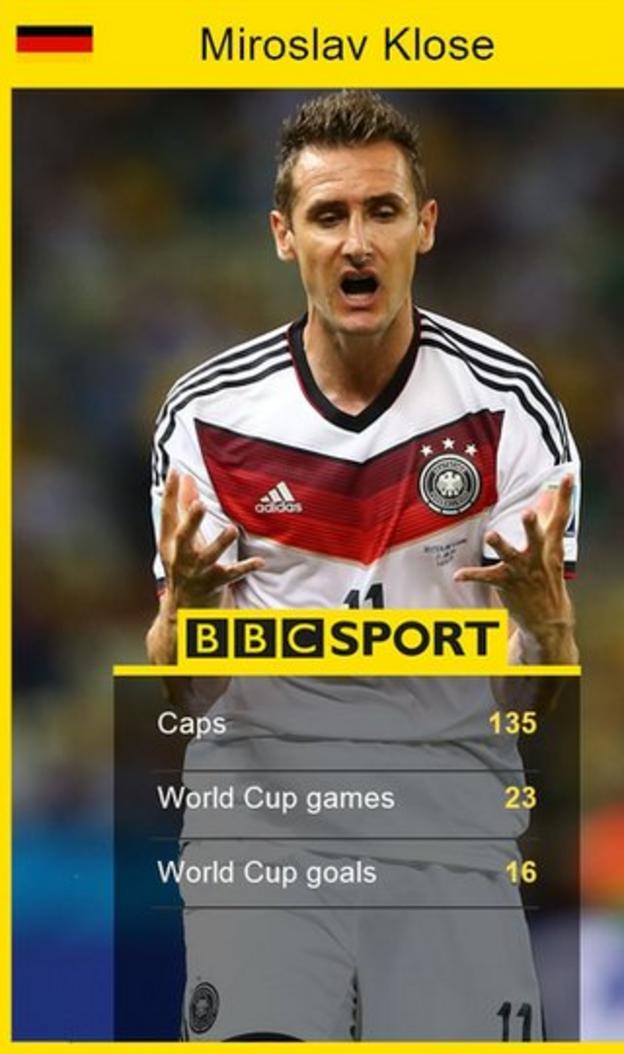 The 36-year-old Lazio striker put his country 2-0 ahead as they opened up a 5-0 half-time lead in Belo Horizonte.

Klose moved level with former Brazil striker Ronaldo by scoring against Ghana earlier in the competition.

Germany's leading goalscorer with 71 goals in 136 games, he is the third player to net at four World Cups.

Klose's goal against Brazil came in his 23rd World Cup appearance, a tally only compatriot Lothar Matthaus has bettered.

Germany have never lost a game in which he has scored.

"Klose is not a Ronaldo, or a Pele or that kind of footballer," said Match of the Day presenter and former England striker Gary Lineker. "He is a poacher but to break that record is a phenomenal achievement."

Former England and Manchester United defender Rio Ferdinand, working as a pundit in Brazil, added: "He does not excite you outside the box but he is a pure goalscorer.

"When the ball comes into the box, he comes alive."