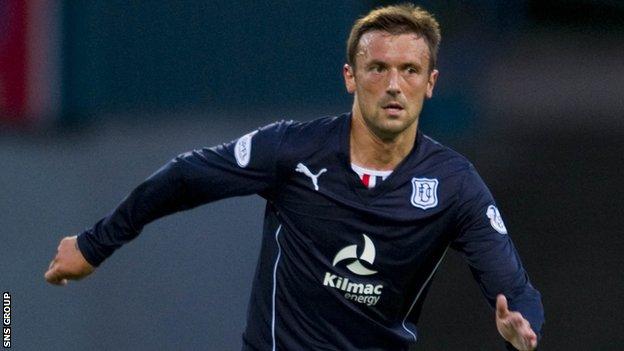 Kevin McBride has signed a new contract to stay at promoted Dundee.

The 33-year-old midfielder scored twice in 27 appearances for the Dark Blues last season as they clinched a swift return to the top flight.

The former Motherwell, Falkirk and Hibs player has been at Dens Park since February 2012.

And he returned to pre-season training last week, prior to completing his new deal, with the squad now in Hungary for a week-long preparation camp.