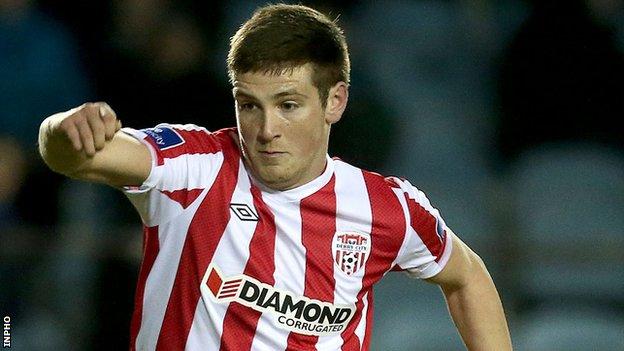 Derry City have moved up two places to sixth in the Premier Division table thanks to Sunday's narrow 1-0 victory away to bottom-placed Athlone Town.

Patrick McEleney scored the goal with a superbly-struck free-kick in the 19th minute from all of 35 yards.

Home keeper Paul Skinner managed to get a hand to the wonder strike but could not keep it out.

Keeper Gerard Doherty also made a good save from Sean Brennan.

The League of Ireland side lead 4-0 from last week's game at the Brandywell so are hot favourites to go through to play FC Shakhtyor Soligorsk in the second qualifying round.

Midfielder Philip Lowry, a substitute in the European game, made his first start for Derry following his recent move from Irish League side Linfield.