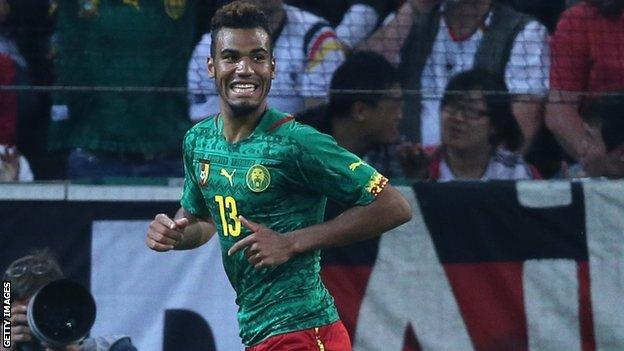 Schalke said in a statement that the 25-year-old Choupo-Moting signed a deal through until June 2017.

"He can play in several positions but we're planning on a central position in attack for him initially," Schalke's general manager Horst Heldt said,

Choupo-Moting played for his hometown club Hamburger SV before joining Mainz in 2011.

He scored 20 goals and set up seven more in 74 Bundesliga games for Mainz.

He has played for the Indomitable Lions at the last two World Cups and played in all three of Cameroon's losses in Brazil this year.