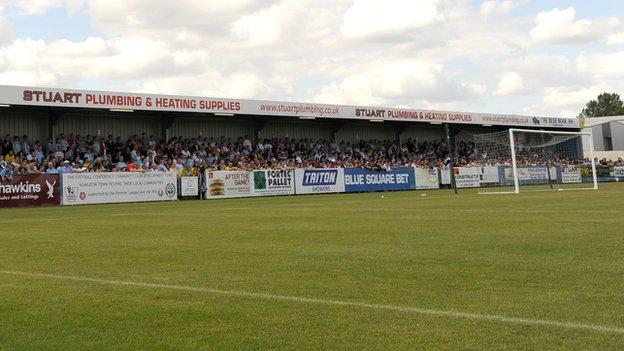 The 23-year-old Leicester City academy product is back in England having spent three years playing in Thailand.

"Jorrin is very fit, quick and has plenty of skill," said Boro boss Brian Reid. "He can play on either flank or through the middle."

He will fill the hole left by the loss of last season's top scorer Louis Moult, who has rejoined former Boro boss Kevin Wilkin at Wrexham.

Reid is still hopeful of bringing in more new players well ahead of the new Conference Premier campaign beginning on 9 August, when Boro are due to entertain Eastleigh.