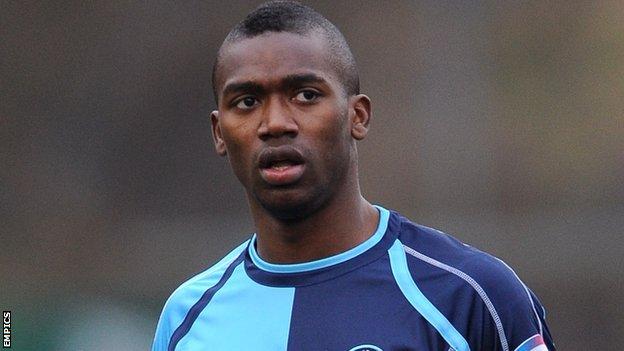 Forwards Jon-Paul Pittman and Alan Connell are among six players on trial at Dagenham & Redbridge.

Pittman, 27, was at Wycombe last term, while Connell, 31, was at Northampton.

Striker Troy Hewitt, 24, who had a spell on loan with the Daggers from QPR in 2011, is also on trial at the club.

As is striker Gozie Ugwu, 21, and midfielder Nabil Guediora, also 21, who were on the books at Reading and Crystal Palace respectively, and 21-year-old midfielder Marco Lobo.

Pittman failed to score for Wycombe last season - his second spell with the Buckinghamshire club.

He previously netted 24 goals in 62 appearances for Crawley Town.