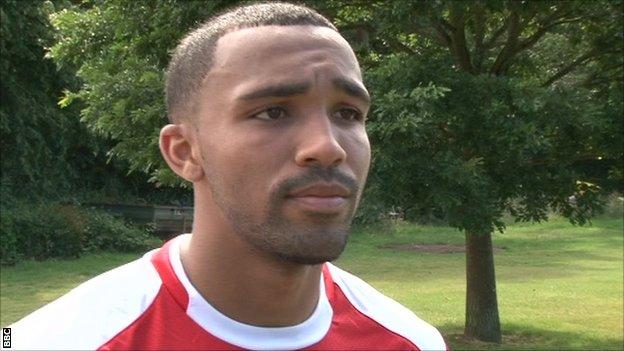 New Bournemouth striker Callum Wilson has rejected comparisons with former Cherries star Lewis Grabban and says he will focus on his own performances.

But he has rejected suggestions he has been brought in to replace Grabban.

The 22-year-old scored 22 goals in 41 games for the Sky Blues, his hometown club, last season.

And Wilson says he is excited by the new challenge awaiting him at Dean Court and is determined to fire Bournemouth into the Premier League.

"Eddie Howe showed me some clips of my partnership with Leon Clarke and some of Lewis Grabban with Yann and it's almost identical," he said.

"I relished that partnership so I know I'm going to have another good strike partner if selected. The style of play is similar to Coventry also. Bournemouth like to press and play from the back so it's good and something I want to be part of."

Wilson admitted it had been a wrench to leave is home town club but the chance to play Championship football was too good to turn down.

"Coventry is my home town club and I supported them as a boy," he said. "So no matter what state they are in you will always support them but the chance to play Championship football is something I had to grab with both hands."