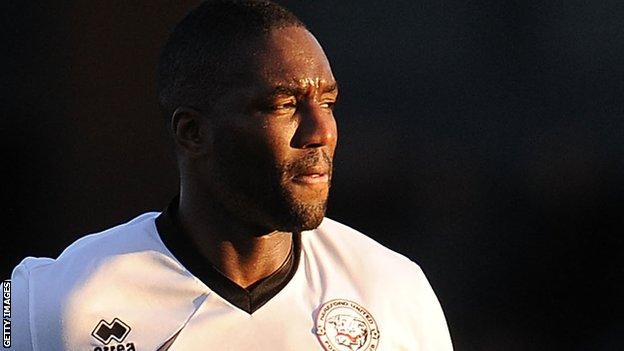 Striker Michael Rankine hopes his summer move reuniting him with ex-York City boss Gary Mills at Gateshead can help him to rediscover his best form.

Rankine, 29, enjoyed his most prolific goals to games ratio during his time at Bootham Crescent, netting 20 goals in 88 league games between 2009 and 2011.

But he later struggled to settle in spells at Aldershot and Hereford.

"I spoke to the gaffer and he said to me before that I've underachieved and I have," Rankine told BBC Newcastle.

"I think there's a lot more to come from me, my body feels right at the moment touch wood."

"I've just got to get through preseason and I need to give him an issue because there are a lot of good strikers at this club."

The Doncaster-born forward is one of three new strikers brought to the club this summer, with Lewis Guy and Jon Shaw also linking up with the Tynesiders.