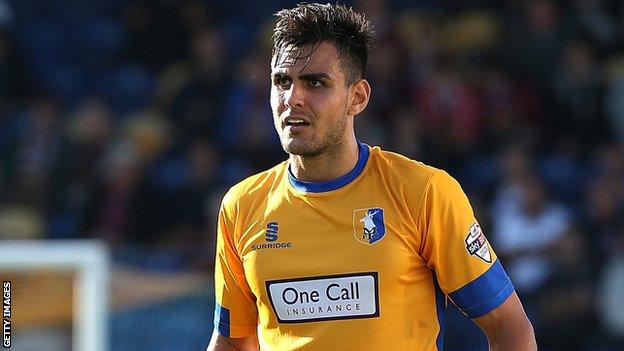 Dundee United have had a bid for Mansfield Town defender Ryan Tafazolli rejected, the English League Two club has confirmed.

The 22-year-old centre-back scored twice in 24 appearances last season as the Stags returned to the senior ranks.

"We won't roll over and let our players walk away for what we feel is little compensation," said manager Paul Cox.

"Everybody has a price but I don't want to lose my best players and I'm not just going to give players away."

A former Southampton trainee, Tafazolli joined Mansfield in the summer of 2012 but missed most of the Conference Premier title-winning season through injury before returning to fitness last term.

Cox also said the club had turned down a bid for 23-year-old midfielder Sam Clucas, without naming the interested club.

"Both offers have been turned down flat," he added on the club website.