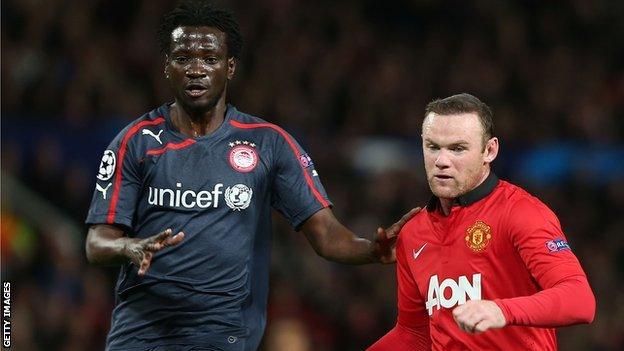 The 26-year-old, who has 23 caps for the Congo national side, played 19 matches for the Superleague side, scoring only one goal.

N'Dinga will be joined at Olympiakos by former Monaco defender Eric Abidal.

The French left-back signed for two years with the Greek club - two days after he agreed a new deal with Monaco.