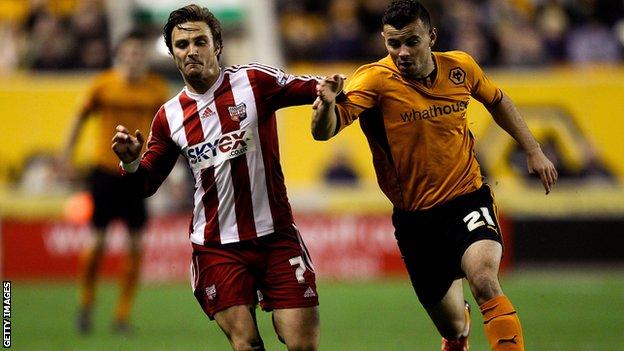 The 20-year-old winger is set to join on loan until the end of the season.

Aberdeen are in Riga for the second leg of their Europa League qualifier and hope to complete the deal with the midfielder on their return from Latvia.

"There is a deadline for when we have to sign players if we want to use them in the next round," said McInnes.

Ismail has had loan spells at both Burton Albion and MK Dons and has made 11 appearances for the Wolves first team.

"For now, for the season starting, I'd like to maybe bring one more in if we could," said the Aberdeen manager.

There are a few enquiries we've made for certain players and we'll see what comes to pass.

"There are a few enquiries we've made for certain players and we'll see what comes to pass.

"We've identified positions that we would like, one position in particular, and we're looking to try and see what's the best option there for us within our means and what players are available, so hopefully we'll be able to speak about that once we get a player signed.

"We speak to a lot of players, agents, and make loads of enquiries and we'll happily speak about players if we get players signed. We're just concentrating at the minute on getting through this tie."

Aberdeen take a 5-0 lead against Daugava Riga to Latvia and will be confident of progressing to a second qualifying round tie with Dutch side FC Groningen.