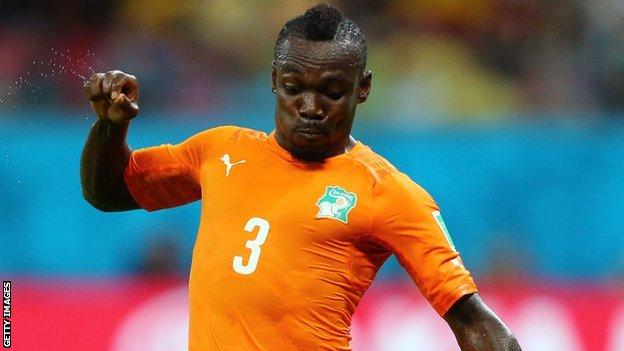 Ivory Coast international defender Arthur Boka is delighted with his move to Spanish side Malaga, who he joined from Stuttgart on Tuesday.

The 31-year-old, who started all three of his country's matches at the World Cup, has signed a two-year deal.

He told the club's website: "Malaga is an ambitious team. I knew them from the Champions League

"I think I can bring something to the team, I want to play and help them to high positions in the table."

Boka is a highly experienced player and has 83 caps for the Elephants, who failed to get beyond the group stage in Brazil.

Malaga's sporting director Mario Husillos said: "We are very happy and in agreement with the signing of Boka. He has been in our plans for some time.

"We have followed his trajectory in the German league and he will bring great things to the club.

"His diversity is very important, he can play in various positions because of this versatility. We are very happy and feel he'll adapt very quickly."