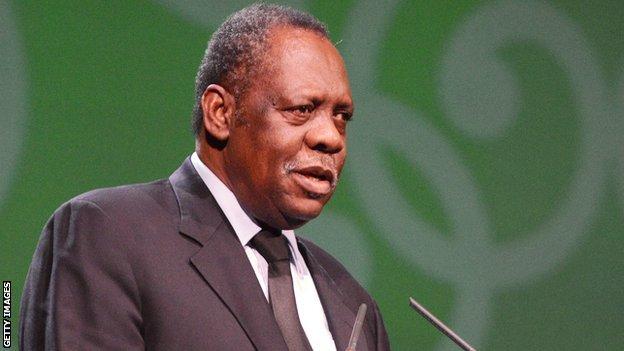 "I received with sadness the news of the death of Mohammed Qalaf Shangole, an icon and legend of the Somalia game," Hayatou told Caf's website.

Not only was he the country's first national team captain but went on to inspire many more players and Somalis with his contribution to the game behind his playing days."

"On behalf of Caf and the continental family of football, I wish to express our deepest sympathy and condolences to everyone at the Somali Football Association, Cecafa community and most importantly the family of Aden Shangold, his friends and loved ones.

"Kindly convert our message that the African football community remembers this legend of our game and stands by the family in this period of pain and mourning."

Shangole had been at Mogadishu hospital for several days until he passed away at about 0400 local time on Tuesday.

The first recorded national football team of Somalia in 1956 was captained by Shangole. In the same year he led the team during the opening of the iconic Banadir Stadium in Mogadishu.

Until his death Shangole had been serving as the legal advisor to the president of Somali Football Federation.