Germany have called for the home support to get behind them in Sunday's World Cup final against Brazil's arch rivals Argentina.

Joachim Low's men thrashed Brazil 7-1 in the semi-final but praised the reaction of the host nation's fans after their exit.

"All of us are hoping for support from the Brazilians," said Germany defender Benedikt Howedes, 26.

"I thought it was a wonderful gesture the way Brazilians celebrated for us."

He added: "All along the way there were Brazilians cheering us. It was really fantastic."

Almost 77,000 fans are expected in the Maracana in Rio de Janeiro for Sunday's final, which can be watched live and uninterrupted on BBC one from 19:00 BST, with thousands of Brazil supporters set to be in the crowd.

Argentina, who beat the Netherlands on penalties in Wednesday's semi-final, are looking for their third World Cup win while Germany are bidding to lift the trophy for a fourth time. 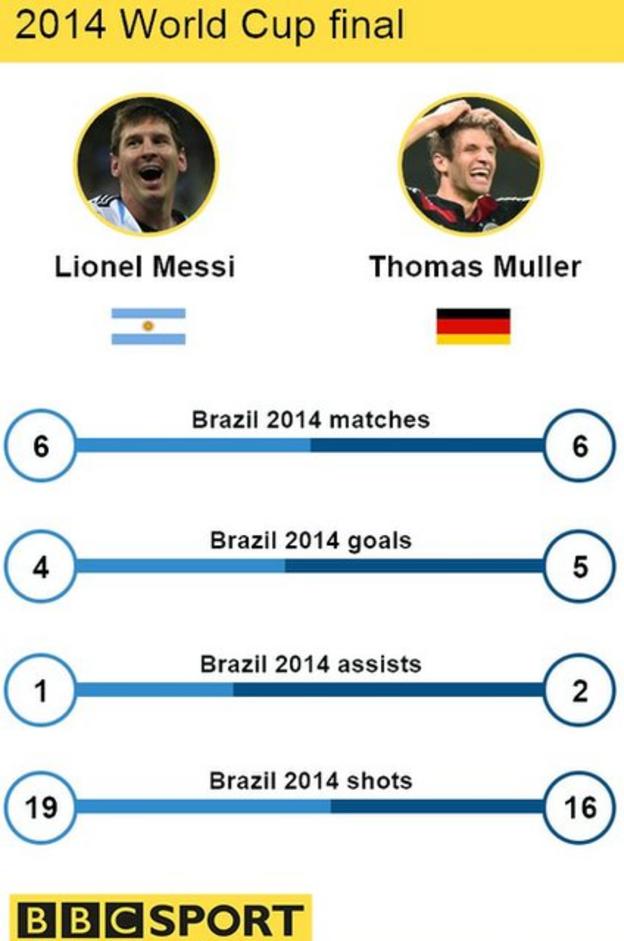 "We know that we're considered the favourites," said Howedes. "The team is clever enough to avoid being led astray by that tag. We're not going to let any external factors distract us."

Germany, who beat Cristiano Ronaldo's Portugal 4-0 in the group stage, have now made it to two of the last four World Cup finals as they aim to win the competition for the first time since West Germany beat Argentina in 1990.

And they know stopping Argentina's playmaker Lionel Messi, who has scored four goals in this tournament, will play a key role in determining whether they join Italy on the second most World Cup wins.

"Messi is a fantastic player, one of the best in the world, but so was Ronaldo," said Howedes. "We've got to work as a collective against him because we're not going to be able to beat him one-on-one.

"When we play together tightly even a great player like Messi will have a hard time. If we can defend decently as a team we'll contain him."