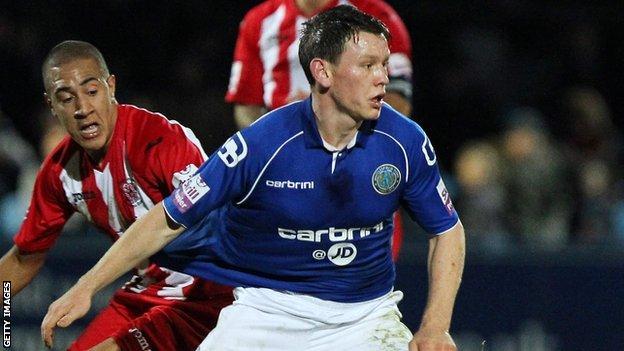 Jennings, 22, enjoyed a successful loan spell at Macclesfield, scoring 17 times in 18 games in 2013-14, and also had stint at Grimsby.

His time at Macclesfield included a hat-trick in a 3-2 win against Wrexham in November 2013.

"I'm really happy to have signed," said Jennings, who was released by the Iron at the end of the campaign.

"Obviously I scored a few against Wrexham last season and now, hopefully, I'll have my scoring boots on for Wrexham."