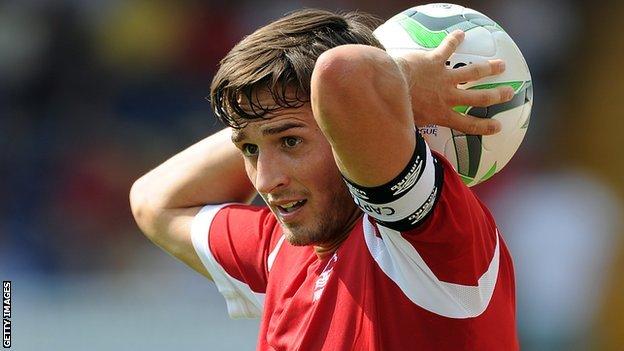 Nottingham Forest manager Stuart Pearce has confirmed that midfielder Chris Cohen will be captain this season.

The 27-year-old missed most of last term with a knee injury he sustained in November, but is battling to be fit for the start of the new campaign.

I think Chris is everything you would want as a captain.

Pearce told BBC Radio Nottingham: "The greatest honour I ever achieved in football was captaining England.

"Being my captain holds a lot of importance in my eye. I hope it does in whoever captains the team."

Cohen, who joined the Reds in 2007 and has played 257 games for the club, is back in training, but is still not certain to be ready to play when the new season gets under way on Saturday 9 August.

"He has been out on the training pitch, but only on a running basis, not contact at the moment," said Pearce

"But I have been impressed by what I heard about him before I came to the club and also when I have spoken with him. I think Chris is everything you would want as a captain."