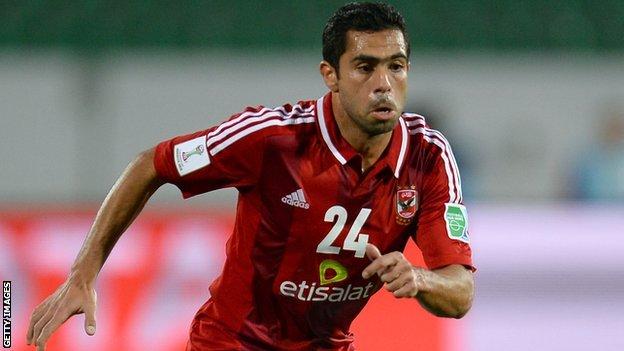 Egypt international Ahmed Fathi is to undergo a trial at Arsenal, his Egyptian club Al Ahly have said.

Al Ahly issued a statement on their Facebook page, saying Fathi was travelling to England on Friday "in preparation to sign if he has a successful trial".

The 29-year-old defender/midfielder briefly played in the Premier League for Sheffield United in 2007.

He spent six months on loan at Hull in the Championship in the 2012/13 season.

Fathi, who has 101 caps for Egypt, was also the subject of a bid by Nottingham Forest in January.