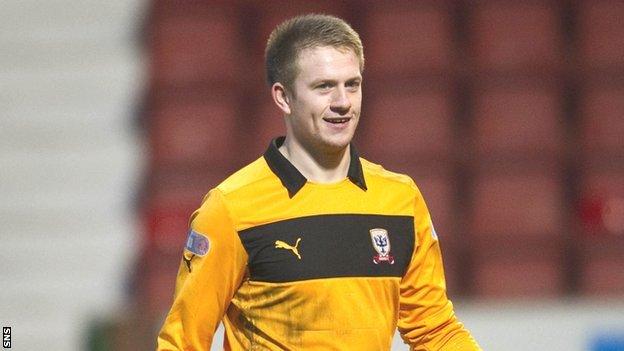 Dundee have signed former Scotland Under-21 goalkeeper Grant Adam on a "short-term deal".

The 23-year-old, who started his career with Rangers before spells with St Mirren and Cowdenbeath, ended the season with Airdrieonians.

He played 16 times for the Diamonds in the second half of the season as they finished sixth in League One.

Kyle Letheren holds the number one jersey at Dens Park, but Hartley has also brought Scott Bain with him from Alloa Athletic.