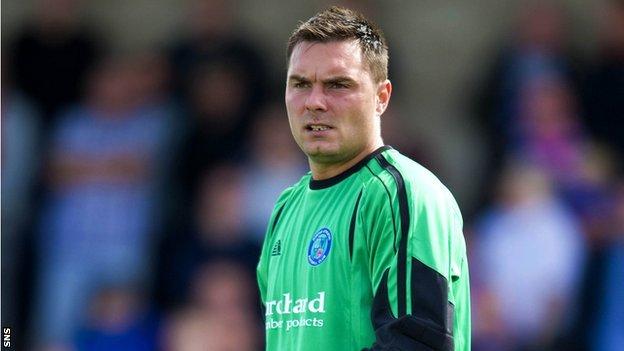 The 32-year-old former Falkirk, East Stirlingshire and Arbroath keeper had been with the Scottish League One side for 18 months.

Forfar report that "a moderate fee" was involved in the transfer "with a further 'potential' bonus payment written into the agreement".

Accies say they are waiting on confirmation of Hill's registration.

He could feature in their friendly against Whitehill Welfare on Sunday, though the Lanarkshire side have also signed Michael McGovern from Falkirk.