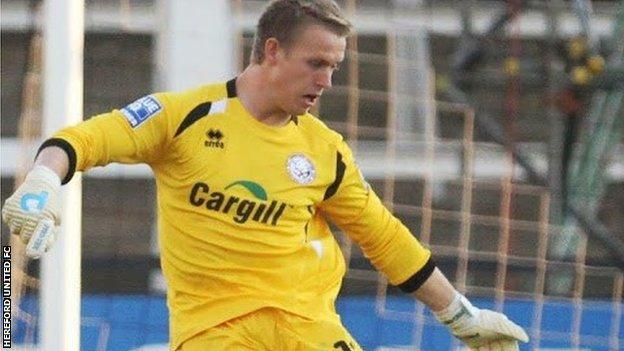 Hanford, 23, most recently played for Maltese side Floriana FC but has been working with coach Tony Caig during the pre-season campaign.

The Cumbrians released Greg Fleming at the end of last season, with Mark Gillespie the current first choice.

"He knows what to expect," manager Graham Kavanagh told the club website.

"It's obviously a position we've been looking at since we released Greg [Fleming].

"He's looked good in training and he's starting to understand the way we're trying to work."

Prior to his move to Malta, Hanford also played for Hereford and Rochdale.