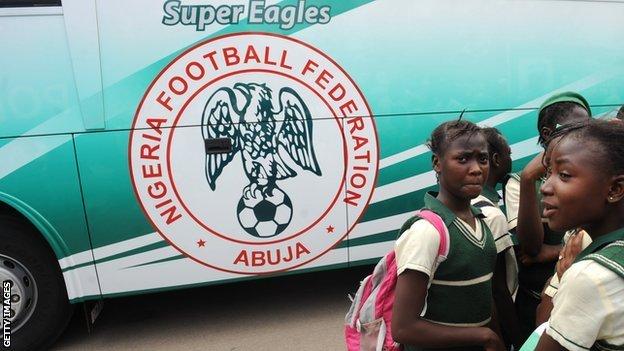 Fifa has ended Nigeria's suspension following Thursday's court ruling to allow the reinstatement of the country's Football Federation board.

The ban, which had threatened the participation of Nigeria's Women's Under-20 in next month's World Cup in Canada, had been in place since 9 July.

Fifa punished Nigeria for government interference when a sole administrator replaced the NFF board last week.

On Thursday a court order quashed that ruling and a lawsuit was withdrawn.

Fifa had given Nigeria until 17 July to reinstate the board - extended from 15 July because of a judiciary workers' strike in the country - in order for the Women's Under-20 side to play at the World Cup.

The governing body confirmed on Friday it had reinstated Nigeria's rights to play internationals.

A statement read: "Fifa has lifted the suspension that was imposed on the Nigeria Football Federation on account of interference.

"Fifa has noted that the court proceedings and order preventing the president of the NFF, the NFF Executive Committee members and the NFF Congress from running the affairs of Nigerian football that prompted the suspension have been withdrawn."

It means the Super Eagles will be able to defend their Africa Cup of Nations title when qualifying matches start in September. The tournament kicks off next January in Morocco.