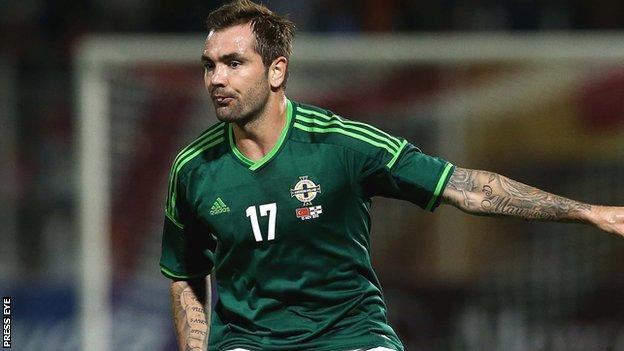 The 28-year-old, who left the Bulls by "mutual consent", signed a two-season deal with Newcastle after talking with former New York team-mate Tim Cahill.

"I spoke to Tim about the Jets and the A-League itself and he had plenty of good things to say," said Steele.

The Larne man made his Northern Ireland debut in a friendly against Turkey last November and played in the recent friendlies against Uruguay and Chile.

"It's an exciting new chapter in my career," added Steele.

"It's a growing league with lots of opportunities and now I'm just looking forward to getting to Newcastle and seeing for myself what it is all about.

"I'm a hard working player who gives 100 per cent every time I'm on the field and that's what I'll look to bring to the Jets."