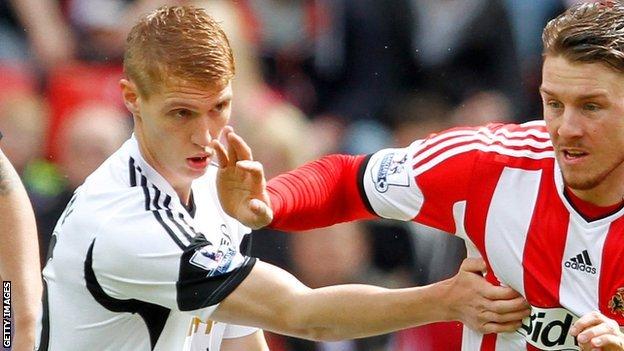 Swansea City are likely to start the 2014-15 season without injured midfielder Jay Fulton.

The player, signed from Falkirk in January 2014, is having treatment for knee ligament damage in the United States, where Swansea are on tour.

But he is not expected to recover in time for the Premier League kick-off at Manchester United on 16 August.

The 20-year-old has made two Swansea appearances, both as a substitute, since his arrival.