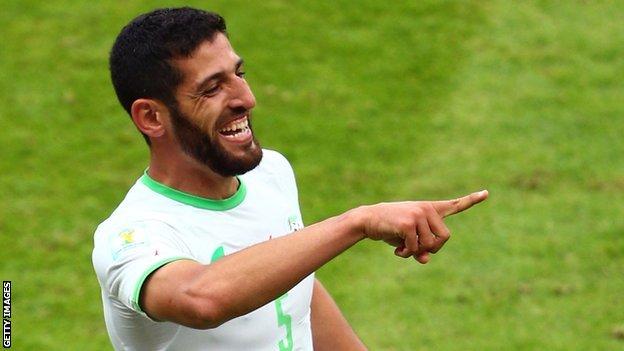 The 27-year-old centre-back was part of the Desert Foxes squad that reached the last 16 of the World Cup in Brazil - their best performance at a finals.

His transfer comes after the end of his contract with Portugal's Academica.

"I was encouraged by Algerian players in Qatar, like Majid Bougherra, Kariem Ziana and Nader Belhaj, to come here," said Halliche.