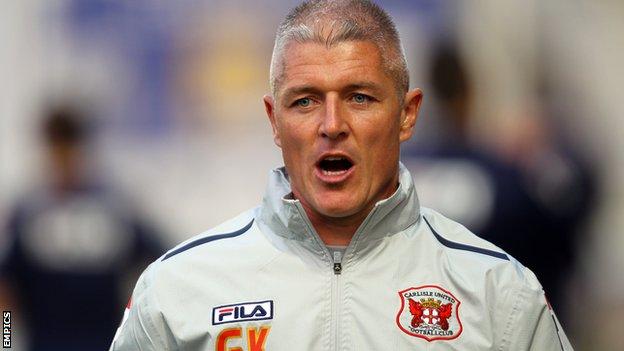 The Cumbrians released 11 players at the end of last season following relegation to League Two, and have since signed seven new players.

Kavanagh told BBC Radio Cumbria: "I had to make a change for numerous reasons."

He continued: "It was nothing that Davie had done wrong, I just wanted to take a different approach.

"I explained that to him today and even though it was difficult he took it with incredible grace and honour.

"It was difficult for him and for me. I felt incredible sadness.

"I've made changes across the board on the playing side, tough decisions need to be made and I have made the toughest one here."

Following Irons' exit, Tony Caig will continue as first-team coach and goalkeeping specialist alongside Kavanagh, with no immediate replacement confirmed.

"I'm going to see what happens over the next couple of weeks. I will have an eye on trying to bring somebody in but if it doesn't happen I'm not overly concerned," he added.

"I've got a bigger support staff now around the football club, but as the season goes on there becomes more of a load.