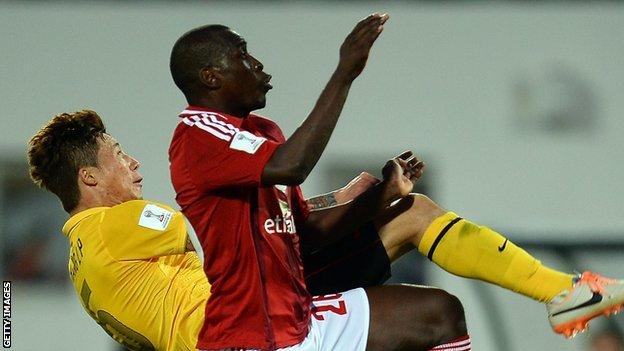 Zamalek striker Dominque da Silva has been banned by the Confederation of African Football for physically assaulting a referee.

The incident came at Zamalek's Champions League match against TP Mazembe on 8 June 2014 in Lubumbashi.

Caf said Da Silva ran onto the field at the end of the game to physically assault the referee.

Zamalek's Abdelrehim Mahmoud and Hazem Mohamed Emam have been banned for one match for their part in the fracas.

Da Silva will miss Zamalek's next three intercontinental matches: the home matches against TP Mazembe and AS Vita and the away match to Al Hilal.