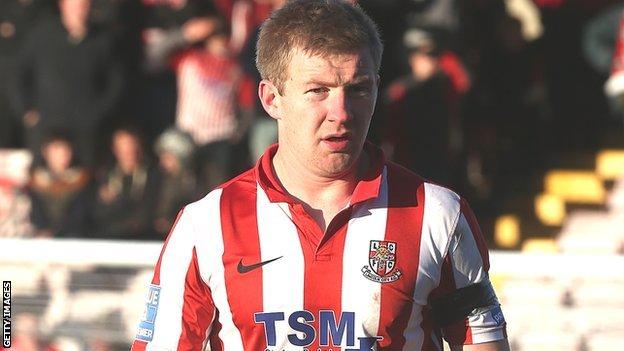 Lincoln City captain Alan Power believes retaining the nucleus of last season's squad will be a big help when the new campaign begins next month.

Ten players from last season's squad are staying on and have been joined by two youth-team players and four new signings - with more arrivals likely.

"It's always nice to have consistency," Power told BBC Lincolnshire.

Lincoln finished 14 points clear of the relegation zone last term, a significant improvement on the previous season when they narrowly avoided the drop after a turbulent campaign.

The Imps beat Doncaster Rovers 2-0 in a pre-season friendly last weekend and midfielder Power says that display, as well as the prospect of more new faces, will further boost them.

"Performances like that are always good in pre-season. It'll get the lads' confidence up," Power said. "And hopefully we can continue like this until the season starts.

"We've had a good pre-season, everybody's come back fit. We've been competing against each other which is always good."