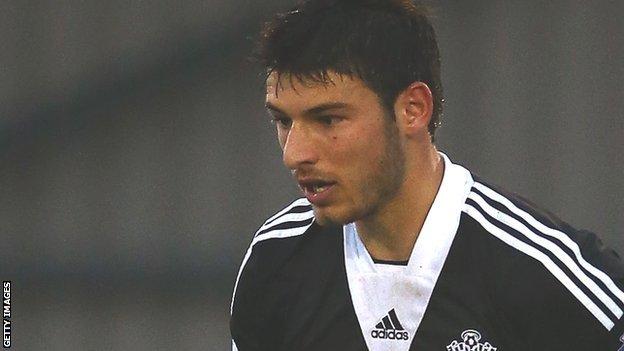 Robinson, 21, played for the Trotters development squad while on loan last season, and agreed a one-year deal to rejoin the club in May.

Bolton said that after "failing to settle in the area", the Southampton academy graduate's contract had been cancelled.

He played just once for Saints, against Sheffield Wednesday in September 2012.