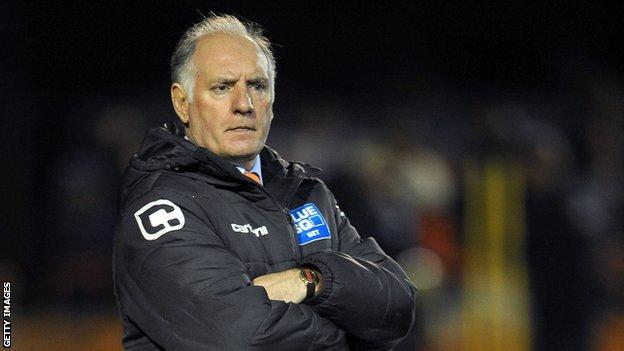 It was a highest-ever finish for the part-time outfit.

Fellow part-timers Southport came seventh two years ago, but followed that up with finishes of 20th and 18th - something Devonshire wants to avoid.

"We have to make sure that doesn't happen to us," he told BBC Essex after a 2-1 friendly win over Southend.

"We need to get that 51 points as quickly as possible and move on from there."

The Iron will be entering an unprecedented fourth successive season in the top division of non-league, and will do so having lost influential striker Dan Holman and defender Dean Wells to Colchester United and Stevenage respectively.

"The players have given me everything over the three years," said Devonshire.

"Everyone says 'what can we do after finishing sixth?' I'm still a realist."

Southend boss Phil Brown reserved praise for Devonshire and his side, after seeing his League Two team edged out in a competitive friendly.

"Dev's done a fabulous job here. I've seen half a dozen games here over the past 18 months," said the former Hull City manager.

"He's producing players and players are being attracted to this place because of the way Alan plays and the success they had last year."