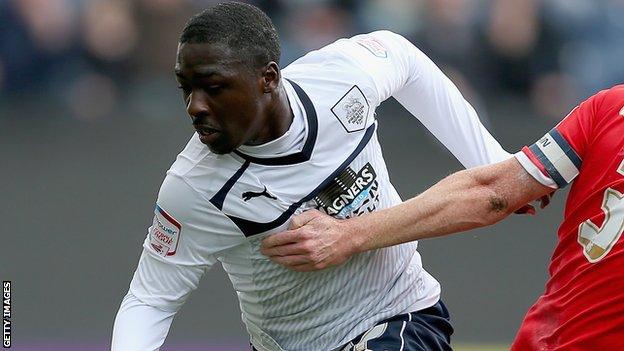 Aberdeen have signed up Brighton winger Jeffrey Monakana on a loan deal until January.

The 20-year-old, who joined the Seagulls from Preston in January 2014, is the fifth summer arrival at Pittodrie.

"Jeffrey is a player we have been aware of for some time," manager Derek McInnes told the club website.

"He will offer additional competition in the wide areas, where he brings real pace."

McInnes turned to Monakana after missing out on Wolves' Zeli Ismail, who opted to join Notts County on loan.

The winger has yet to feature for Brighton, playing four games for Crawley on loan last season following his move to the Falmer Stadium.

Monakana is not eligible to play in Thursday's second leg against FC Groningen in Europa League qualifying, but is hopeful the Dons can get through to set up a potential debut against Spanish La Liga side Real Sociedad.

"I'm just looking and waiting to see what's going to happen there," said Monakana. "Hopefully the boys can pull it off and I can play that game. If not I'll have to wait for the first league game and carry on working hard until then.

"There were a lot of options, but I felt speaking to a couple of people at the club I just couldn't turn down this opportunity. Hearing a club like Aberdeen are interested really excited me.

"I had a great year last year and hopefully there's more success this year. I'm very direct. I think I'm skilful as well. Hopefully I can bring that directness to the team.