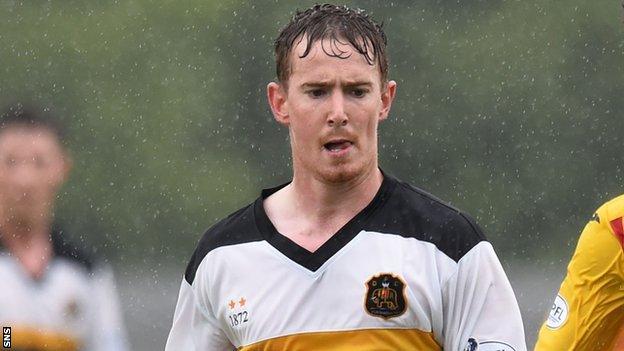 Dumbarton have signed Archie Campbell after the former Rangers and Greenock Morton striker impressed on trial.

The 23-year-old has been handed a 12-month contract at Bet Butler Stadium.

Campbell, capped for Scotland at under-19 level, will continue in the Scottish Championship after experiencing relegation with Morton last season.

He had spent three years at Cappielow after his release by Rangers and scored five goals in 35 appearances last season.

Campbell also spent time on loan to Cowdenbeath while under contract at Ibrox.

Midfielder Scott Taggart has also switched from Morton, while Murray has recruited two defenders released by Premiership clubs - David van Zanten, who was with St Mirren, and Lee Mair, previously with Partick Thistle.