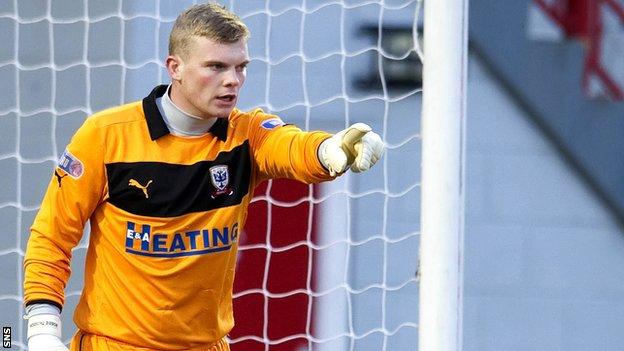 Cowdenbeath have signed Robbie Thomson after a successful trial for the 21-year-old goalkeeper who left Rochdale.

Thomson is the son of the former Dundee United, Raith Rovers and Dunfermline Athletic goalkeeper Scott.

Having started his career with Celtic, Thomson had loan spells with Stenhousemuir and Airdrie United before joining Rochdale in 2013.

However, the Scotland Under-19 cap made only one first-team appearance for the English League Two club.