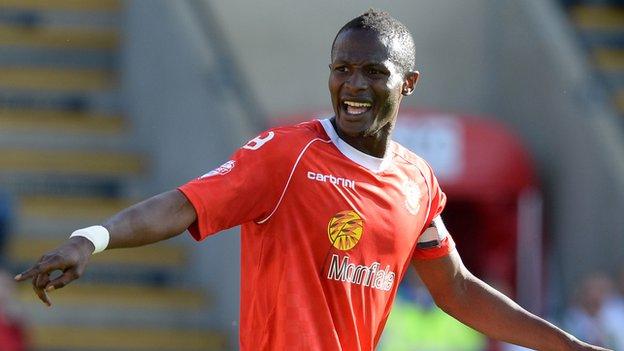 Ghanaian Abdul Osman will return to Scotland's top-flight after a six-year absence after the former Gretna midfielder signed for Partick Thistle.

The 27-year-old was released after two seasons with Crewe Alexandra in England's League One.

But he has signed a one-year contract at Firhill after a successful trial.

Osman spent a season with Gretna as they finished bottom of Scotland's top flight before the club folded and he signed for Northampton Town.

The midfielder, who began his career with Maidenhead United, spent a season in Greece with Kerkyra before returning to England to join Crewe.

Osman made 36 appearances last season as Crewe finished 19th in League One.