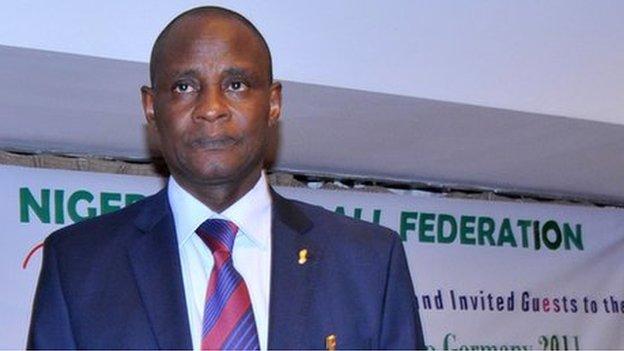 Aminu Maigari has been removed as Nigeria Football Federation president by the body's executive committee.

He was dismissed over allegations of "financial misappropriation, misapplication and maladministration".

The NFF executive committee passed a vote of no confidence on Thursday.

Its decision comes a week after a regional high court reinstated Maiguri and the NFF board following their sacking which had led to a Fifa ban on Nigeria for government interference.

The NFF said in a statement it had acted because of "the uncalled-for secrecy surrounding all financial dealings of the federation and failure to call a meeting of the executive committee for the past eight months".

It added: "Vice President, Chief Mike Okeke Umeh, will take up the position of Acting President and will preside over the affairs of the federation, pending the composition of the new NFF executive committee after the elections of 26 August."