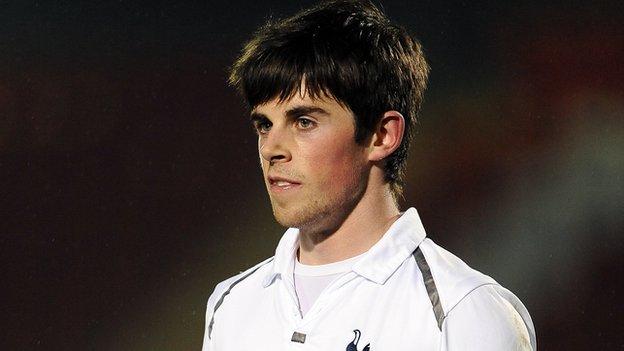 The Republic of Ireland Under-19 international will be in the squad for Saturday's friendly against Brighton.

"This is an opportunity for me to come and try and break into the first team and get some experience under my belt," he told the club website.

"It is my first loan spell so I just have to try and impress in training," 19-year-old McEvoy added.

A lookalike for former Spurs winger Gareth Bale, now with Real Madrid, McEvoy has yet to play a first-team game at White Hart Lane.

Posh manager Darren Ferguson said: "Kenny is an exciting player, full of pace and energy. It is a big season for him, this is the next step in his development.

"I think he will excite people. He is a winger who can play either side. He is an intelligent player, he understands the game tactically and can play in numerous roles. I have had a good chat with him, he is raring to go.

"He will play 30 minutes on Saturday. He is a bit behind, he has only played 45 minutes so far this pre-season, but we will get him up to speed."