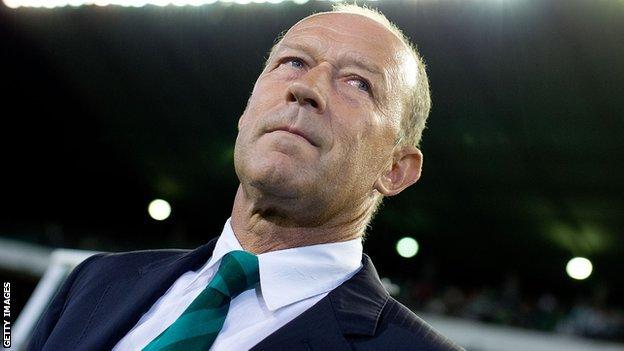 Egyptians Al Ahly overcame Ivorian visitors Sewe San Pedro 1-0 in Cairo to build a three-point lead in Group B of the Confederation Cup.

The result gave Spanish coach Juan Carlos Garrido a winning debut in the continental competition at the start of his two-year contract with the winners of a record 18 African titles, .

Ahly have eight points with two rounds left. Etoile du Sahel have five, with Nkana and Sewe both on three in Group B of the second-tier Caf club competition.

Midfielder Walid Soliman returned from a long injury lay-off to score Ahly's goal off a fourth-minute penalty and keep the Egyptians on track to win the group.

The scoreline should have been much greater in Ahly's favour. The Cairo 'Red Devils' squandered numerous scoring chances at a spectator-less Air Defence Stadium.

There was plenty to entertain the capacity 5,000 Nkana Stadium crowd in Zambia where Nkana beat Tunisians Etoile Du Sahel 4-3 in an eventful match.

Youssef Mouihbi converted an early penalty for Etoile only for Nkana to level through Ronald Kampamba and then go ahead when Festus Mbewe scored.

The lead lasted just four minutes before Sofiane Moussa equalised with a superb goal to leave the clubs level at 2-2 going into the break.

Knowing only a victory would keep them in contention for a last-four place, Nkana pushed hard from the second-half kick-off and received a two-goal reward.

Simon Bwalya and Christopher Munthali were the scorers and as the hour mark passed the Zambians were sitting on a two-goal cushion.

They retained that advantage until five minutes into stoppage time when Mouihbi converted his second penalty, but could not prevent Etoile suffering a defeat.

In a remarkable coincidence, the first meeting of the clubs last month also ended 4-3 with Etoile coming from behind three times to win in the Mediterranean resort of Sousse.

Cameroonians Coton Sport are virtually assured of a semi-finals place from Group A after early goals set up a 2-1 home win over Ivorians ASEC Mimosas in Garoua.

Stephane Kingou and Niger star Daouda Kamilou scored within six minutes of the kick-off and Foba Stevens Koffi pulled one back before half-time.

The visitors opened the scoring through Ali Badra Sylla but only five minutes later Cesaire Gandze equalised for Leopards.

In the second half Souleymane Diarra struck what proved to be the winner despite Leopards piling on the pressure and coming close to a goal when Boris Moubhio hit the bar.