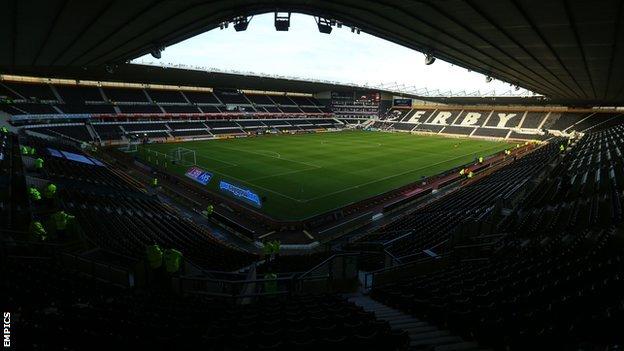 Derby County's academy has been awarded category one status, the highest level under the Premier League's Elite Player Performance Plan.

The Rams passed a strict audit focusing on 10 factors including productivity rates, training facilities and welfare, coaching and education provisions.

Academy boss Darren Wassall said: "It's a great tribute to everyone involved.

"The club have shown their commitment to the development of young homegrown players over the past five seasons."

Derby's academy has produced numerous players for the first team in the recent past - notably England Under-21 international Will Hughes, fellow midfielder Jeff Hendrick, and more recently forward Mason Bennett.

Wassall said they hoped more will follow and the breakthrough of such players showed the system is working.

"This is a great reward for all of the staff connected with the academy in terms of the continued development of our youth programme on a daily basis," he added.

"And it is also great credit to the owners and board of directors who have supported the aims of the Academy both on a financial basis and philosophical level."

From the start of the 2012-13 season, the EPPP initiative has seen Premier League and Football League academies independently audited, on behalf of the Football Association's Professional Game Board, and placed into one of four categories.