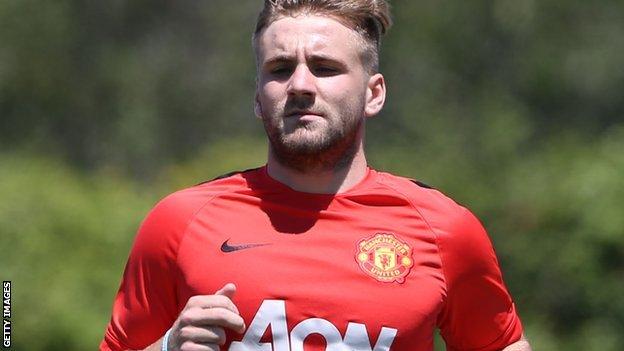 Chelsea boss Jose Mourinho claims he pulled out of a bid to sign left-back Luke Shaw this summer because his wage demands would have "killed" the club.

Shaw became the fourth-most expensive defender in history when Manchester United signed him earlier this month from Southampton for £27m.

Mourinho says Shaw's reported wages of around £100,000 a week were too large.

"If we pay to a 19-year-old boy what we were being asked for, to sign Luke Shaw, we are dead," said Mourinho.

"They would have been saying, 'How is it possible I play 200 games for this club, won this and that, yet a 19-year-old comes here and gets more money than I get?"'

Shaw, a Chelsea fan as a youngster, made his Premier League debut in November 2012 and earned his first England cap in the friendly against Denmark in February.

The left-back has agreed a four-year contract with United, with an option to extend for a further year. The fee could rise to £31m, depending on his performance.

He became the youngest player to feature at the 2014 Fifa World Cup in Brazil when he played the entire 90 minutes of England's 0-0 draw with Costa Rica.