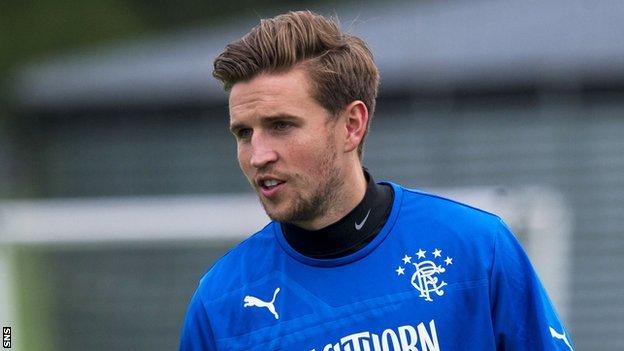 The 25-year-old impressed after scoring in a friendly against St Mirren.

He had previously been with Whitehill Welfare and Spartans and on his return was with Blackpool, Plymouth Argyle and Woking.

Sutherland, who represented Great Britain at university level, ended last season on a short-term contract with Queen's Park in League Two after having had a trial with Rangers.

However, he has now moved up to the Championship with the Blue Brazil.

Fellow 17-year-old Liam Dunn has joined Berwick Rangers on a permanent contract, the midfielder's one appearance for the Blue Brazil coming last season against the Borders outfit.