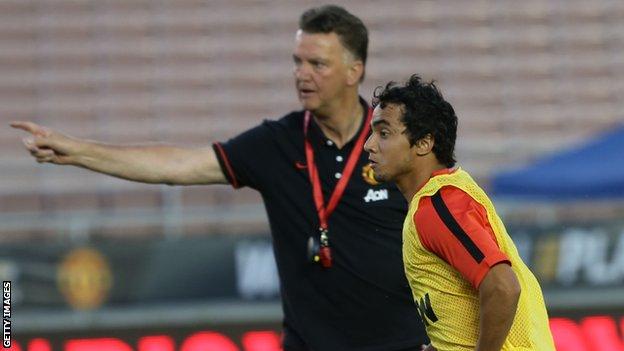 Manchester United defender Rafael has returned to England for treatment on a groin injury.

The Brazilian suffered the problem during training in Denver on Friday ahead of the 3-2 win against AS Roma.

In Rafael's absence, Antonio Valencia started in the right wing-back role, with Ashley Young taking over in the second-half.

United open their Premier League campaign against Swansea at Old Trafford on 16 August.

"As he was unlikely to participate in the remaining tour games, returning to the training complex affords the best overall option for his recovery in time to continue pre-season preparation when the team returns," said a United statement on their website.